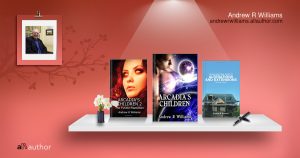 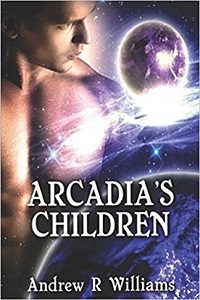 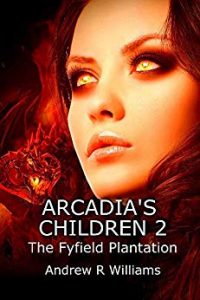 Where have you spent most of your childhood? Which is your fondest childhood memory?

As a child, I was a latent pyromaniac. Not surprising really; my father regularly dragged me out of bed and told me to get dressed.

When I asked why, he’d say “Come on quick. There’s a big fire in town; flames going up two hundred feet. We need to get there before the fire brigade put it out.”

My early childhood was spent in Droylsden, a town in Greater Manchester, England.

Being afflicted with latent pyromania, bonfire night – (Guy Fawkes Night , 5 November) was the event of the year.

Bonfire night was made even more exciting because my parent’s house had a corner plot (bigger than the average as Yogi would say) and it had been chosen to host the annual event.

For those not familiar with British traditions, Guy Fawkes was a member of a group of provincial English Catholics who planned the failed Gunpowder Plot to blow up the Houses of Parliament. The attempt failed but celebrating the event still continues.

Secretly, most English people wish it had succeeded; opinion polls held in England suggest politicians are held in very low esteem. They are even lower than journalists.

In my childhood, the run up to bonfire night was as important as the event itself. During the two weeks leading up the big event, lorry loads of old wooden railway sleepers would arrive and be carried into the back garden by very willing adults.

“Watch the wall my darling while the Gentlemen (Smugglers) go by!” – Rudyard Kipling

Where the sleepers came from nobody knows and if they do, they’re not telling. The night itself was great. Fireworks by the score, treacle Toffee, potatoes cooked in the fire and Lancashire Hot Pot appeared by the bowl full.

What were some of your hobbies as a child? Do you still enjoy the same things or have your tastes evolved since then?

When I wasn’t being a latent pyromaniac, I was mad about prehistoric monsters. Maybe that’s why my novels are also populated by some very nasty creatures too. One hobby still remains. I like reading. At first W E Johns and then I progressed to writers like Dennis Wheatley, H G Wells, John Wyndham, Stephen King, George Orwell, Vladimir Peniakoff, Constantine FitzGibbon and Charles Portis (and many more)  which probably accounts for my interest in action, the unexpected, the occult and things that go bump in the night.

Ah! I nearly forgot, I’m still a latent pyromaniac and let off Fireworks on November 5th and New Year. Well that’s a hobby isn’t it?

How would you describe your experience as a Chartered Surveyor?

Some people do a job because it feeds them and they look forward to retirement. I have been lucky. My vocation is more than just making money. I had a customer put an entry on my website saying “I’m glad I employed Andrew Williams. He gave me an honest opinion.” Comments like that are worth their weight in gold.

Was writing your first book a struggle? What kept you motivated?

My first book was “Domestic Building Surveys,” Published by Spon. I wrote it because when I was learning the trade; I couldn’t find books that really helped me. I decided to base the book around several surveys I’d carried out. It wasn’t difficult; it was a labour of love. Judging by royalties, people still like it.

Have you ever Googled yourself? What did you find?

Andy Williams (my namesake in case you haven’t noticed) was a very popular singer and even though he’s deceased, his recordings are still very popular. Googling Andrew R Williams does provide a better personal result. Thankfully, I find a lot of references to my surveying practice and my books.

Why are your novels set in the Fantasy genre? In which genre do you enjoy writing the most?

Sci-fi, Fantasy. You say tomato and I say tomato. I think of it as future history. Most things that sci-fi writers invent eventually become reality. Take George Orwell’s 1984. It was a future history. Aren’t we there; facial recognition cameras on every corner in major British towns and cities.

Writing Arcadia’s Children was one of the best experiences of my life but it didn’t just happen. I have written ten versions of Arcadia’s Children. Nine went in the bin because I wasn’t happy with them. Then suddenly, all my efforts came together and my alien world became a fictional reality.

How was your experience of writing a practical guide showing how to undertake a domestic building survey, “Domestic Building Surveys”?

After writing the first edition of Practical Guide to Alterations & Extensions, writing Domestic Building Surveys was just something I had to do. During my learning years most books I read seemed to provide an insight into home surveys but nothing more. I decided to show by example and included old reports into the book and then say why I had formed my conclusions on the various properties.

How did you come up with the idea for your book, “Spon’s Practical Guide to Alterations & Extensions”?

The most recent Guide to Alterations and extensions was really a follow on to Domestic Building Surveys; as I regularily submit applications for small extensions, providing a guide seemed appropriate. The first edition was very short and then I enlarged the topics as Planning and Building Regulations changed.

Who inspired the character of Mick Tarmy in “Arcadia’s Children: The Fyfield Plantation?” How would you describe him in five words?

Mick Tarmy evolved in my mind. Where he came from nobody knows; even I don’t really know. Mick is casehardened; tough on the outside; soft in the middle. That’s why the women love him.

What were some misconceptions you had about the book and publishing industry before you became a published author?

When people said it could be difficult to get your work published I thought they were exaggerating because I was lucky. With my first book, the first edition of Practical Guide to Alterations and Extensions was complete, I found a small publisher involved in the construction industry and he wanted to publish my guide. The small publisher was then gobbled up by Spon. Spon decided they wanted to publish my other technical books.

The novels were a different story. It was over a year before my first novel was accepted and only after I had sent it to at least fifteen publishing houses.

What kind of tactics do you use to ensure a more productive writing session?

I like to start writing around 7am when the telephone or mobile is unlikely to ring, beep or otherwise conspire to into my concentration. Most of my writing is carried out in a box room. Although I have a small office, the box room is my “happy space.” and I try to set aside time each day and write until the ideas stop flowing or the blasted telephone starts ringing.

What more sci-fi themed books are you planning to writer in the near future? What are you currently working on?

I am currently working on two novels, Arcadia’s Children 3 and a current day novel which has the working title of Jim’s Revenge which is set in the North of England.

What are your top five writing and marketing tips that you would share with the young writers out there?

I am still trying to master the art of marketing. At the moment I am using the shot-gun approach. Spread it wide and you might just hit something.

I am with AllAuthor and Amazon https://www.amazon.co.uk/Andrew-R.-Williams/e/B001HPK7KK

I use Facebook (Personal and an Arcadia’s Children site.) https://www.facebook.com/ArcadiasChildren

How were you introduced to AllAuthor and what some pros and cons of the website, according to you?

Joining All Author was a total accident but it has raised my profile.