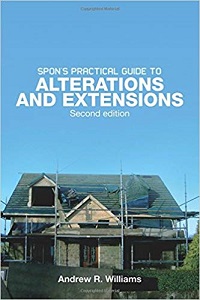 Spon's Practical Guide to Alterations & Extensions
The procedures, the problems and pitfalls of extending or altering property are discussed in this fully updated new edition. The author gives helpful advice on how to make the project go smoothly from beginning to end. This is a practical guide for those at the beginning of their career in building, or who want to be updated on the new regulations now in force.

This new edition incorporates the 2005 Amendments to Approved Document L1B on the conservation of fuel and power. Developments in Computer Aided Design and structural calculations are also discussed. It is invaluable to all those who are trying to act efficiently, correctly and cost-effectively.
Buy Now 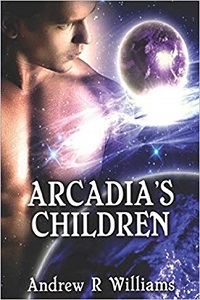 Arcadia's Children: Samantha’s Revenge
After changing shape several times, the ball eventually turned into a huge face. It floated alongside the air-car. This time, time instead of sending him mental message, the face spoke out aloud and the whole air-car vibrated with its intensity. “If you are foolish enough to renege on your contract, you will be severely punished. For your sake, I hope you wouldn’t do such a thing.”

When Tarmy made no attempt to respond, the face turned and pressed itself against the millipede-free window. A moment later, Tarmy felt the fat slug entering his mind, the sign that the face was attempting to use its powers to obtain his response by other means. But as the slug dug deeper, Samantha’s cover stories began springing out of the corners of his mind. Instead of obtaining Tarmy’s agreement, all that the face saw was a burning army transporter surrounded by bodies. Undeterred, the face continued its assault. Samantha had anticipated that Tarmy might come up against an adept, so the mental images of death and destruction flowed unchecked.

After failing to break Tarmy’s defences, the face removed the slug and tried reason. “You can’t win, Mr Tarleton, so why don’t you do yourself a favour and cooperate? It will be better for you in the long run. Now, where is the miniature pulse drive engine?” Tarmy realised why the millipedes hadn’t been allowed to attack. It was obvious that the Great Ones were hoping to retrieve the engine. When Tarmy didn’t respond, the face said, “I am prepared to overlook your desertion if you agree to tell us where the engine is and also honour your contract by showing us how to convert the engine into a bomb.”
Buy Now 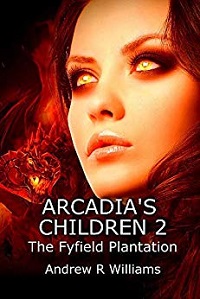 Arcadia’s Children: The Fyfield Plantation
Continuing the story line of Arcadia’s Children: Samantha’s Revenge, this futuristic sci-fi tale brings back Mick Tarmy and a cast of characters guaranteed to create a fascinating journey to destroy a plantation dedicated to growing zuka milk, which produces a powerful narcotic street drug. The Great Ones, who use the drug to raise funds for their war against humanity, will go to any lengths to stop Mick, his cohorts Claire Hyndman and Nonie Tomio, from their mission. Journey through a world filled with aliens, robots and clones in this book that is a cracking good read for all ages.
Buy Now 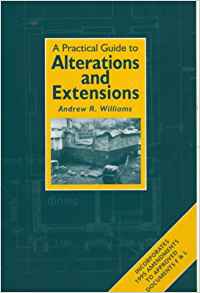 Practical Guide to Alterations and Extensions (Builders' Bookshelf)
This simple-to-use, practical guide to altering or extending property is invaluable to all those who are trying to ensure that the processes involved are carried out efficiently and cost-effectively. For those working or planning to work in the construction industry, it will remind them of the pitfalls of local requirements, building control and planning.
Buy Now