You know what they say; everyone has a book inside them. Although I have published two technical books, I have always wanted to try publishing a novel. After a lot of abortive attempts, I finally hit upon an idea that ended up with a good story line for a science fiction / fantasy novel. To be sure that I wasn’t peddling trash I sent it to a local editor who critiqued it.

She came back and told me that I had a strong story line but also provided me with a string of comments. Once we were both satisfied with the final draft I took her advice and sent the manuscript to a large number of British publishing houses. Being a BNI member I also sent it to two publishers with BNI connections.
Without prompting the two BNI members indicated the novel was sound but it wasn’t their sort of thing. One was even more complementary and said it would make a good script for an action movie.

After a few weeks I had four offers. Great I hear you say. No, not great. They were vanity publishers and wanted me to part with a great deal of money.

I then started toying with going down the self publishing route but swiftly realised, despite what some self publishers say, that it’s a route strewn with landmines. Before you can feed your manuscript into “Smashwords” it needs to be formatted correctly. Although it is possible for a novice to do this, it was obvious that a large number of people employed an expert.
Luckily, I’d had some advice from an establish author I’d met “electronically” on Author’s Den and he’d given me the name of an American Publisher who dealt with all his books. I’m please to say they read my manuscript and said they wanted it; No only that, they re-edited my novel very carefully and published it at no cost to myself and will be paying royalties.

What I’ve learned is:-
1) Don’t give up
2) If British publishers give you a hard time, look elsewhere.
For those of you who like fantasy / science fiction have a look on line for:- 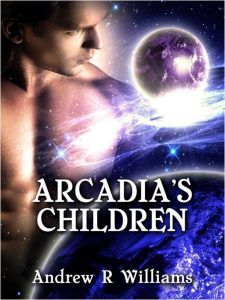